Is The Book Worth Reading?
123

This is a summary review of The Art of Ware containing key details about the book.

What is The Art of War About?

The Art of War is an ancient Chinese military treatise dating from the Late Spring and Autumn Period. The book contains a detailed explanation and analysis of the 5th-century BC Chinese military, from weapons and strategy to rank and discipline. Each chapter in the book is devoted to a different set of skills or art related to warfare and how it applies to military strategy and tactics. The Art of War has influenced both Far Eastern and Western military thinking, business tactics, legal strategy, and beyond. (Full Summary…)

Who is the Author of The Art of War?

Sun Tzu was a Chinese general, military strategist, writer, and philosopher who lived in the Eastern Zhou period of ancient China. Sun Tzu is traditionally credited as the author of The Art of War, an influential work of military strategy that has affected both Western and East Asian philosophy and military thinking.

Favorite Quote:
“Appear weak when you are strong, and strong when you are weak” ― Tzu Sun, The Art of War Quotes

The Art of War is divided into 13 chapters

Chapter I: Laying Plans – Explores the five fundamental factors (the Way, seasons, terrain, leadership, and management) and seven elements that determine the outcomes of military engagements. By thinking, assessing, and comparing these points, a commander can calculate his chances of victory. Habitual deviation from these calculations will ensure failure via improper action. The text stresses that war is a very grave matter for the state and must not be commenced without due consideration.

Chapter II: Waging War – Explains how to understand the economy of warfare and how success requires winning decisive engagements quickly. This section advises that successful military campaigns require limiting the cost of competition and conflict.

Chapter III: Attack by Stratagem – Defines the source of strength as unity, not size, and discusses the five factors that are needed to succeed in any war. In order of importance, these critical factors are Attack, Strategy, Alliances, Army, and Cities.

Chapter V: Use of Energy – Explains the use of creativity and timing in building an army’s momentum.

Chapter VI: Weak Points and Strong – Explains how an army’s opportunities come from the openings in the environment caused by the relative weakness of the enemy and how to respond to changes in the fluid battlefield over a given area.

Chapter VII: Maneuvering an Army – Explains the dangers of direct conflict and how to win those confrontations when they are forced upon the commander.

Chapter VIII: Variation of Tactics – Focuses on the need for flexibility in an army’s responses. It explains how to respond to shifting circumstances successfully.

Chapter IX: The Army on the March – Describes the different situations in which an army finds itself as it moves through new enemy territories, and how to respond to these situations. Much of this section focuses on evaluating the intentions of others.

Chapter X: Classification of Terrain – Looks at the three general areas of resistance (distance, dangers, and barriers) and the six types of ground positions that arise from them. Each of these six field positions offers certain advantages and disadvantages.

Chapter XI: The Nine Situations – Describes the nine common situations (or stages) in a campaign, from scattering to deadly, and the specific focus that a commander will need in order to successfully navigate them.

Chapter XII: Attack by Fire – Explains the general use of weapons and the specific use of the environment as a weapon. This section examines the five targets for attack, the five types of environmental attack, and the appropriate responses to such attacks.

Chapter XIII: Use of Spies – Focuses on the importance of developing good information sources, and specifies the five types of intelligence sources and how to best manage each of them.

Is The Art of War worth reading?

We give the book a thumbs up. 👍 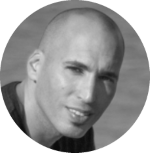 Tal Gur is an impact-driven entrepreneur, author, and investor. After trading his daily grind for a life of his own daring design, he spent a decade pursuing 100 major life goals around the globe. His journey and most recent book, The Art of Fully Living - 1 Man, 10 Years, 100 Life Goals Around the World, has led him to found Elevate Society.